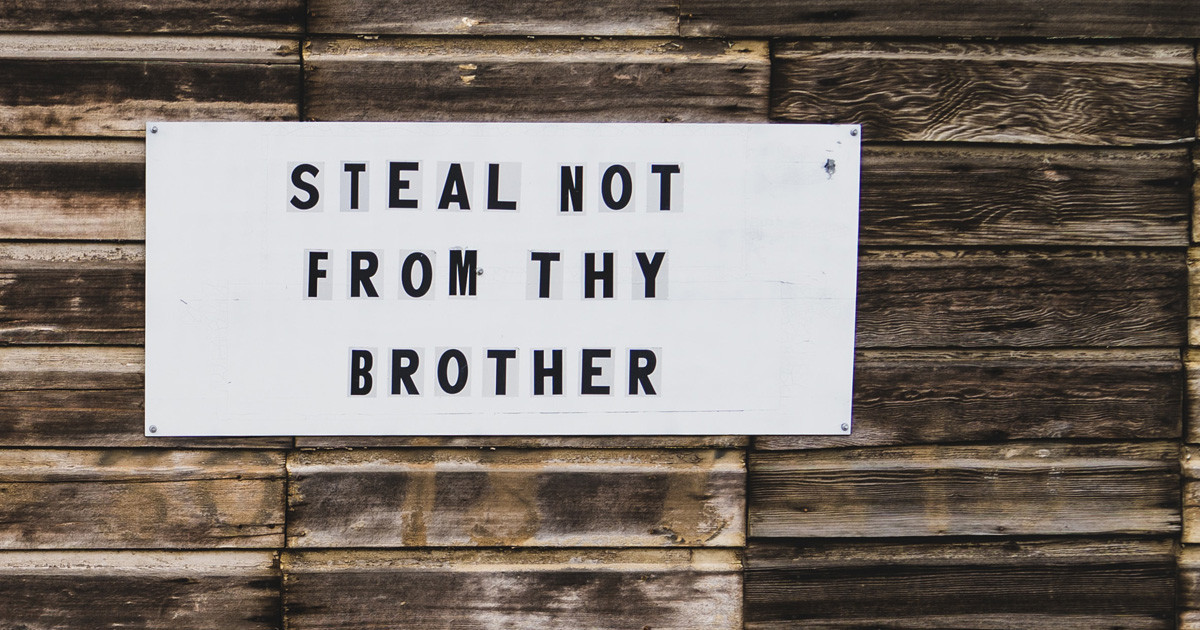 Last week, I walked out of the grocery store to my car with a bag of groceries in one hand and my phone, wallet and a pack of gum in the other.

I was immediately struck with guilt and knew I needed to head back into the store.

I approached the cashier and told her about my error.

She smiled, thanked me for my honesty and promptly rung me up.

I couldn’t believe what I had just done. What was I thinking (apparently, I wasn’t)? I mean, I didn’t even realize I had the gum in my hand until I was almost to my car!

I’m known to be a bit absent-minded at times – leaving car keys, cell phones and even my wallet in various places. I usually get them back, but walking out of a store with an item I didn’t pay for was something that just shocked me.

Now, I don’t want to seem like I’m propping myself up here to look like a saint in promptly owning up to my error. It’s what we all should do.

Then, yesterday, I came across the story of Robert and Tiffany. There’s no need to include their last names or where they’re from (you can find this all out by doing a little digging on your own or following the preceding link).

Apparently $120,000 was mistakenly transferred into their account this May by a BB&T Bank teller who typed in a wrong number.

Of course, the couple promptly realized what had happened and called up BB&T, right?

They went on a little shopping spree, purchasing a four-wheeler, an SUV, a trailer and a race car (what?) over a two week period.

When the bank realized their error, they made numerous attempts to reach out to the couple in an effort to reclaim the money. Unable to do so, they made the decision to file legal action.

Asked about the incident, they blamed the whole thing on some poor legal advice they had gotten. With each felony count costing up to 10 years in prison, Robert and Tiffany need a bit of grace.

Ever wondered how a bank works? We got you covered

After being caught, I wouldn’t doubt the couple feels awful about the situation and wishes they could go back and make a different decision. But what startles me about the whole incident is their response.

Granted, we’d all love to wake up and see a $100,000+ in our bank accounts. But, if there were no rhyme or reason for it being there, wouldn’t you wonder how or why it had gotten there? Wouldn’t your first call be to the bank?

Instead, they chose to spend almost all of it in a short period of time. And, also preceded to blame it on “poor legal advice.” (Granted they did give about $15k to some friends who needed it).

Maybe I’m being too harsh.

What are your thoughts on this story? What would you have done if $100k happened to appear in your bank account this afternoon? What if the amount was $1,200? $120? Or even $12? Would you report it?