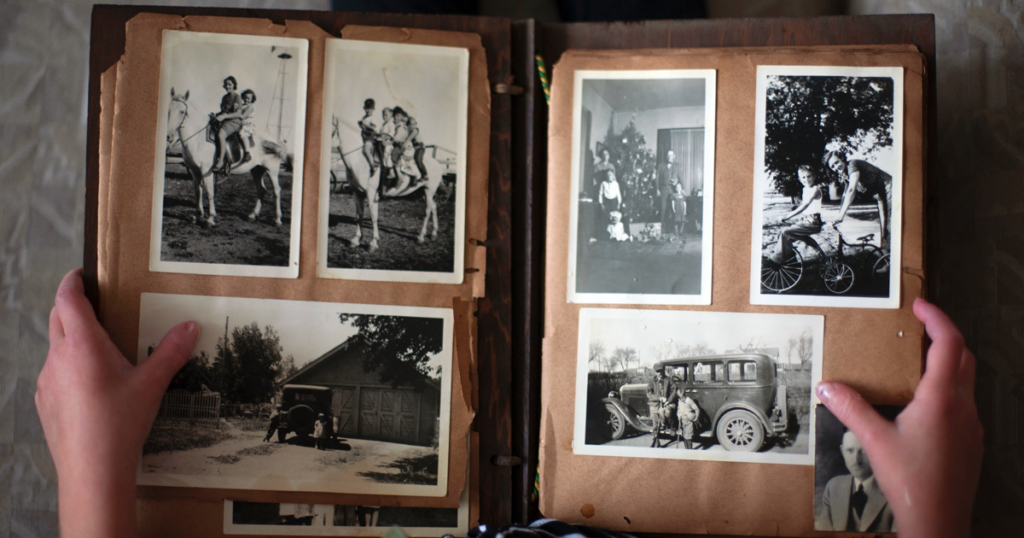 We’ve written a quite a bit about the Great Depression. I think one of the reasons for this is because we’ve had family members who lived through it.

Another big reason is there are many lessons that we can learn from that period. From how they saved money, farmed and survived it.

While some economists and prognosticators say we’ll never experience a depression like this again – our economy is often in flux and with the good, comes some bad. It wasn’t but 10 years ago we experienced the Great Recession and all that came with it.

Recently we got an email from Roger, a reader of TTG who said:

My Dad advised me only to go into debt to buy a house. And I was fortunate enough to be able to do just that.  My wife agreed with this manner of spending and living and so it worked. I grew up during the Great Depression and no doubt these early experiences influenced my thinking.

I was thrilled to read his note. It’s so great we still have folks who were around during this time to pass on their wisdom and experiences!

So, I asked Roger if he’d be wiling to share some of his thoughts of growing up during this period and the things he learned.

Here’s what he had to say.

I had a great-uncle, “Uncle John” I called him, who died, sui compos [with full mental capacities], at age 97. Born the year after President Lincoln was shot. I heard him say on occasion when reading the newspaper: “What this country needs is a good depression!”

Now that’s an awful thing to say, isn’t it, even if you are just kidding!  But, in a way, he was dead serious about it.

Growing up in the Depression I can reflect that people were FORCED to make choices they did not want to make because there was only so much money to “go around.”

To put it another way, if we have disposable income we will just spend it. And if we find ourselves suddenly with a huge windfall of cash we throw it away with crazy abandonment. Note the young entertainer and athlete, they’re always in the news, who begin to earn huge sums. Many (most?) of them just spend it in a thoughtless manner.

I found this interesting when I read it. There’s something called the Parkinson’s Law that says “work expands so as to fill the time available for its completion.” It also applies to our money as expenditures rise to meet our income. This is why many folks who make a lot of money are still just “getting by.” Their needs increase to match income.

So, we all need to (essentially) break free of Parkinson’s Law to manage our finances better.

So, the Depression forced most of us to think before we spent. It lasted a long time and on its heels came WW2 with its own deprivations. If you had a “C” gasoline sticker on your windshield (if I recall rightly) you just could not do much driving.

These habits of frugality became ingrained in many of us. [Even] when the 1950’s came with their relative affluence the habits formed over 10 or 15 years stayed with us.

I’d heard about the gasoline crisis in the 70’s but seems like it was even more severe during the WWII. You can read more about it here.

This is probably why my wife (one of 12 children) and I used the “envelope system” when we were first married. On payday we cashed our checks, came home with all of it, and put a an amount we had agreed upon in each envelope. There was “rent” and “utilities” and “house downpayment” and a few others.

And, here I thought Dave Ramsey was the founder of the envelope system!  

I was fortunate that my wife was not a “spender”. I could not have done it alone.

I think this is probably one of the least understated personal finance advice out there. When you and your spouse are on the same page, you can do a lot. Typically one of you will lean more as a spender or saver – but when you both tend to be savers – financial freedom comes easier.

Being in our 40s, my wife and I really only have one grandparent left. And, I always enjoy visiting with her to hear about her time working in the factories (making ammunition!) for the war effort and life during the Depression.

Financially and personally, their lives seemed more “simple.” Even today.

Do you still have grandparents and family alive during this time? Or yourself?