In 2008 I read Robert G Allen’s “Multiple Streams of Income“, and it laid out a pretty descriptive picture of living paycheck to paycheck. Are you one of those people? Are you struggling just to make the minimum payments on your credit card? Are creditors calling you every day? Have you looked at creating a passive income stream?

Let me guess…most of our readers’ income flow would look something like this.

It feels like a vicious cycle doesn’t it? One that you feel like you are never going to get out of anytime soon. For some of you, the expenses may be hard to cut at the end of the month. Or certain products that are purchased are purchased on credit, and you’ll get to paying it off next month.

When my wife and I were first married we were in the exact same downward spiral. We had tons of student loans, credit card payments, rent, and other newlywed expenses. Our idea of a night out on the town was $4.28 at Wendy’s where we could get two cheeseburger deluxe, and two value fries. Along the way, there were definite hurdles we had to overcome to get out of debt. At it’s worst, I was so aggressive in wanting to pay off our credit card debt that we had to deposit all of our loose change just to make rent one month. :) Whoops. My budgeting was a little rusty early on in our marriage. 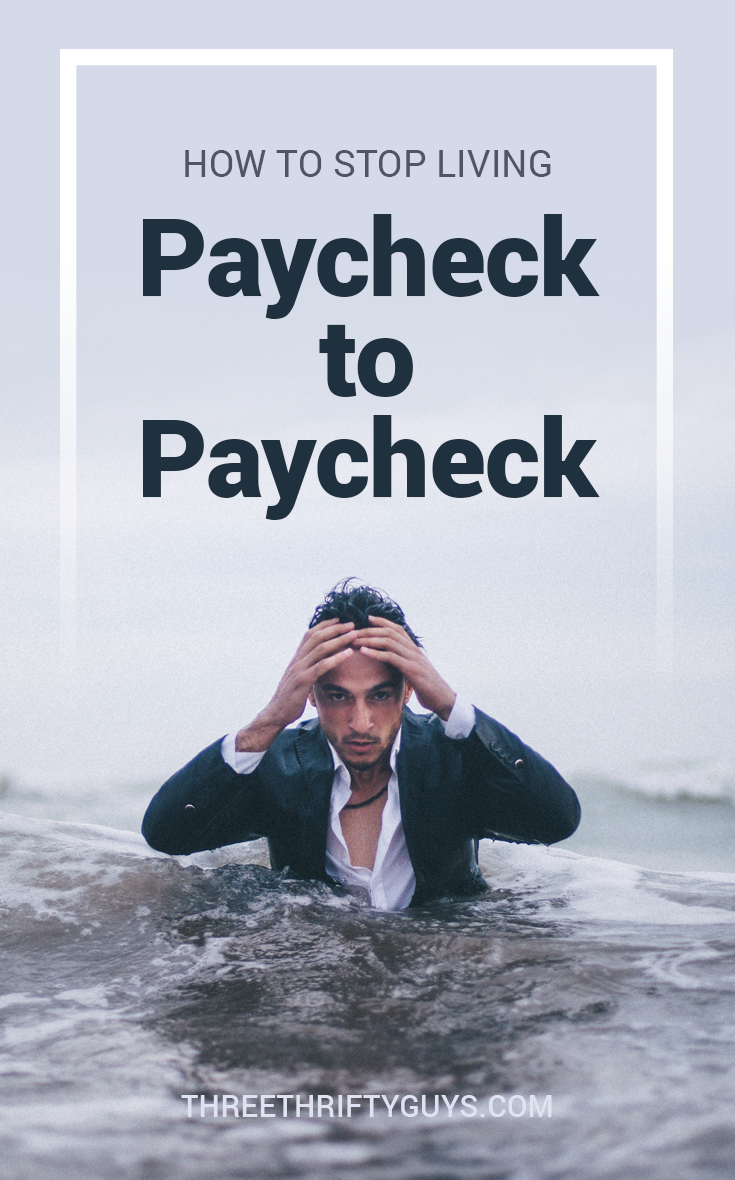 Find out how Charlie and his wife managed to turn their finances around. “It’s the best thing we ever did with our finances,” said his wife.

Slowly as I began to earn more and my wife started to work as well, we started to feel like we were living the typical middle class. We were saving about 10% in retirement and had a few extra dollars left over after all the bills and expenses were paid. For us, the middle-class pay cycle looked something like this.

Then Robert Allen opened my eyes to the world of passive income. In his book, he calls it passive streams of income. The concept is simple. Create passive income streams to pay your debts, bills, expenses, and investments. That is how the rich get out of the cycle of living paycheck to paycheck. They funnel all their income into passive investments. Visually the money flow looks like this.

When I read this concept it felt like an “ah, ha” moment for me. I was to the point where I knew that I could do more with the income I was making. To be honest, I still haven’t gotten to this third stage of passive income, but this type of model isn’t built overnight. I’ve slowly made investments in tax liens, this blog, and tried reselling products on eBay and craigslist.  All have taken a lot of time and effort, which is often hard when juggling a job, family, and life in general. Like many things in life though it’s about a healthy balance.

Since implementing this workflow sorting out my income and expenses, I’ve also incorporated the two checking account system. By directing a specific percentage of my income to my primary checking account, then I was able to fully automate my fixed expenses. This system helped me get out of the rut of living paycheck to paycheck because I could watch my variable account grow as I worked to save more on fixed and variable expenses.

What are you doing to get out of the paycheck to paycheck cycle? What passive income streams have you created in your life? I’d love to hear some ideas from our readers!

Check out Robert G. Allen’s book, Multiple Streams of Income, that Charlie mentions in this post. Allen researched hundreds of income-producing opportunities and narrowed them down to ten surefire moneymakers anyone can profit from.