When the iPhone came out 10 years ago, we marveled at its capabilities and potential.

Several years after the release, owners began talking to it and “Siri” would answer (although a little awkwardly).

And, today, the tech world is talking about robots and AI (artificial intelligence). Along with that, comes the discussion about the ramifications if robots and AI increasingly invade our lives. How will it affect our day to day?

I’m not big on speculation or fearing about the future. But I also believe God gave us knowledge and a mind to think logically about things and plan ahead. So, I’m not trying to stir up trepidation here – but to open the discussion about what we all can be doing to adapt to changing times. 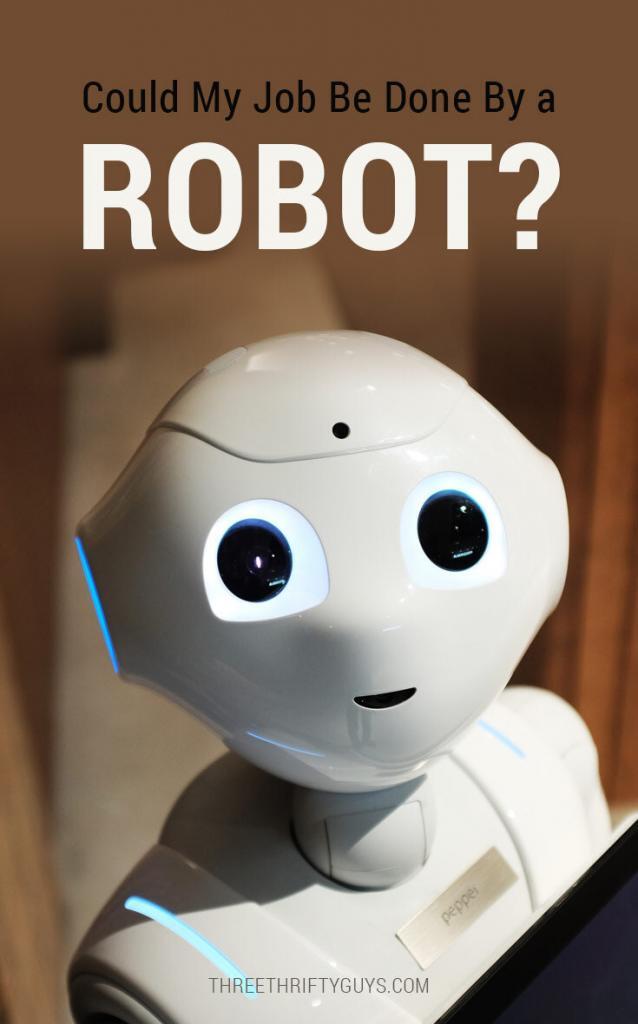 Will automation come to my job?

Last month, BusinessWeek did an interesting report on the automation of jobs in the future (and present for that matter) and how it will be affecting us.

They cited an Oxford study that said nearly half of U.S. jobs may be at risk to robots and AI in the coming decades. Half of all jobs!?

While that stat is hard to fathom, we can already see some of the effects of automation to our world: people in manufacturing losing their jobs to robots who can perform their tasks faster and (often) with greater precision; and in the finance world, robo-advisors are taking the place of our neighborhood financial advisor.

In looking at the chart above – its worth noting the jobs which seem more prone to automation are lower-paying ones. While most people don’t tend to stay in these jobs – if they become extinct, where will people get their start?

You can visit the BusinessWeek article online which contains an interactive graph where you can enter your profession and see how prone it is to automation.

Granted, it doesn’t seem as though robots and AI will be a part of our lives next year or the following – but within the decade or two – it very well could be everyday life. I used to watch the Jetson’s cartoon show and couldn’t fathom some of the futuristic things they showed – including Rosie the robot!

But now, a lot of it seems very feasible!

All of this said, I think there are many ways folks can make money and diversify their incomes today. Both Charlie and I believe in passive incomes and side gigs. And, as you know – many of these things we do for extra income can become full-time work.

And, we’ll still need people to manage all this technology.

I do hope we don’t go too far. Elon Musk (founder of Tesla) has recently stated that AI could be a fundamental risk to our survival if taken too far.

What do you think? Does the progression of technology concern you and how are you / will you / adjust?