As I’ve gotten older, it takes me longer to make changes that otherwise would be a “no-brainer”. And, this even goes for things that I know will save me money – like my cell phone bill.

But, after reading about Charlie’s experience earlier last year and doing a little research on my own, I decided to take the plunge and signed up for Republic Wireless last August.

I wanted to share about my (almost) 5 months of experience with their service and how it’s gone (the good and the bad). If you are looking for a technical review of Republic Wireless, this isn’t it.

Change can be hard

Especially, if you kinda like your existing setup. Before Republic Wireless I had been with AT&T since 2009 and owned an iPhone since about the same time. The setup was good – and I had never really experienced any real issues with either.

I think many of us are okay with paying about $70 (or more) for their cell phone bill. It’s one of those expenses that has been (as I like to say) “normalized”. We all get used to paying it – and so we just keep it in our budgets and never really do anything about it.

After 5 years though – I was done. 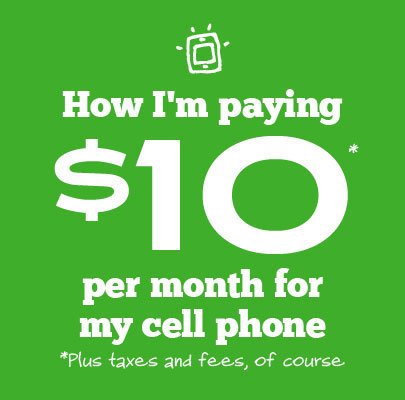 Change is easier when you know you can save money

In late August, I talked to Charlie a little more about his experience with Republic Wireless. He’d been with them since March and had a lot of good things to say about them.

So, I finally made the switch.

And, let me just say – the whole process went very smooth. I purchased their “middle-of-the-road” phone, the Moto G, and selected their $25/month cell phone plan which includes unlimited talk, text and data on the 3G network.

Republic Wireless sent the phone in under a week in their friendly packaging and I activated it using their very simple setup instructions within minutes.

This may sound blasphemous, but I actually grew to like my new phone better than my iPhone. It syncs so nicely with my Google account, allows me to type by swiping letters (instead of taping each individually) and “blinks” when a new message/phone call is received.

When the first bill came, the total ended up being $29.38 (with taxes/fees). That was about a $40 savings from what we were paying for my line at AT&T. Note: I’m now giving their $10/month cell phone plan a try and so far, so good.

The good and the bad

With everything – comes the good and the bad. Things aren’t perfect with my Moto G or Republic Wireless service, but I’ve been happy enough with the service that the good outweighs any negatives.

[For those of you who are not familiar with Republic, they offer affordable cell phone plans because they piggy-back off of WiFi whenever it is available and utilize the Sprint network when there is no WiFi. Sometimes this can lead to a few “hiccups”.]

Let’s start with the good about Republic:

Would I recommend them?

Yes. I think Republic is a great way to lower your cell phone bills. I love it for folks who are in bigger cities and/or typically have WiFi in range. If that is the case – you could really save by using their $5 or $10/month plans.

Even if you don’t live in a big city – and you aren’t concerned with the occasional “hiccup” here and there (which truthfully, hasn’t been enough for me to want my iPhone back and I know that Charlie hasn’t experience some of the issues I have), Republic is a good bet.

I’d love to know your honest thoughts on Republic Wireless and (if you have them) what your experience has been.

Update 7/10/15: Republic Wireless now offers the ability to get paid back what you don’t use every month through their Refund program.

Update 2/4/16: Consumer Reports again names Republic Wireless one of the best in the MVNO field.

Update 5/25/16: Republic Wireless now has new cell phone plans in addition to their refund plan. Plans are listed in the above graphic.

Update 1/24/17: Republic announced their Republic Anywhere beta that allows you to send and receive SMS and MMS on your computer, syncs with your phone and works even when phone is off.

Update 5/16/17: Republic Wireless is offering 6-months free service to try their service. From their press release:

Bring the phone you love to the nation’s fastest growing WiFi calling carrier and get no cost service for six months. WiFi is everywhere and “WiFi first” innovator Republic Wireless is disrupting the industry yet again with a special offer of six months of no cost service for newly activated phones on its Bring Your Own Android Phone program.

Offer ends when RW runs out of SIM cards.

We have not been paid for this review – but we may receive compensation if you sign-up for Republic via our link below at no cost to you. 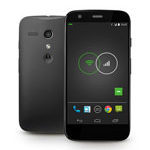 Easy to use / setup